The environs surrounding Fleet Prison in London were popular as a place to marry in secret from about 1613 until 1754. But why was this?

Firstly, there was a considerable demand for clandestine marriages for a number of reasons, such as parents forbidding marriage or one of the couple wishing to hide a previous marriage (it was very difficult to divorce back then). The only problem stopping these marriages from taking place was that legally marriage was only possible through either banns or license – the first method meant the impending marriage would be made public, and the latter method was expensive. Neither method was therefore particularly suitable. What was required was somewhere to perform the ceremony without breaking the law, and without costing a fortune. The streets surrounding Fleet Prison were such a place. They had one particularly rare quality in that they were outside the jurisdiction of the Church, giving them the name the Rules of the Fleet (also known as the Liberties of the Fleet).

Fleet Prison was originally a debtors prison, and its prisoners were free to roam about anywhere within these Rules, in exchange for paying their debts back to the prison and earning their freedom. There would always be a few clergymen amongst this number. This led to the situation where there were clergymen who needed money to pay off their debts and be released, who were free to wander about within a small area which was exempt from the laws of the Church. It didn’t take them long to realise they could pay their way out of prison by marrying secretive couples, without breaking any Church law. The word slowly got around, and eloping couples began to pay to be married in the prison chapel, or in alehouses, brandy-shops and other places of ill-repute within the Rules. A huge industry began to develop. 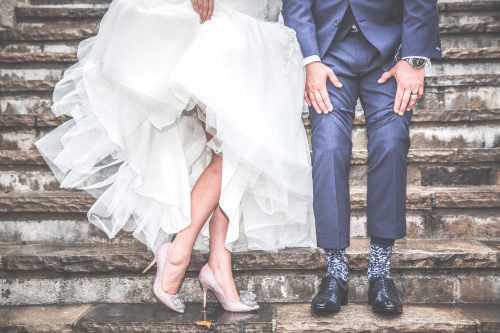 By the eighteenth century, thousands of marriages a year took place this way, comprising as many as half of the total marriages in London during the 1740’s – a truly shocking statistic. Yet it was perfectly legal, because the only absolute necessity for marriage to take place was the presence of a Church of England clergyman. The practise finally ended in 1754 following the introduction of Lord Hardwicke’s Marriage Act, which banned marrying outside an Anglican church unless you were a Jew or Quaker.

The following were all also popular locations to marry within a liberty:

As with any other church, the chapels mentioned above were required to keep records of each marriage, and some of these still survive today. However, if your ancestors were married in an alehouse, it may be a different story! You can view many of these records in person at The National Archives, or online at BMD Registers (subscription required). There is also one Fleet Prison register from March 1725 to January 1731 in the Rawlinson Manuscripts at the Bodleian Library, Oxford, and three May Fair registers, covering the period 1735 to 1754, at the church of St George, Hanover Square, London.

Because of the huge numbers of marriages in these places it is worth checking them if you cannot find a record elsewhere. Do be aware that many marriages would be entered with an incorrect date (often to cover up a pregnancy) and one or even both names may be entered fictitiously.

To learn more about this sordid subject, consider buying The History of the Fleet Marriages*