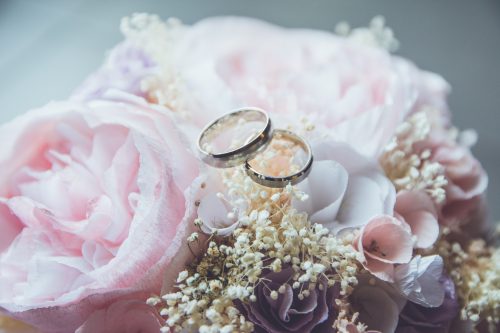 
Boyd’s Marriage Index is a tangled typescript located within the Society of Genealogists in London. The typescript is bound by 533 volumes that lists more than 3,500,000 marriages specifically English marriages between the periods of 1538 to 1837. The index contains records from every single county of England, however none of which are fully complete. However, despite this the index is still incredibly an incredibly useful tool for family historians and general everyday users that want to trace their ancestry. Areas such as Yorkshire, Cambridge or any East Anglian region is the most likely to be complete region since there was thorough record collections and submission from these specific regions.
Approximately a million or more of the index is from London & The Middlesex areas this is no surprise considering the fact that these areas have always been greatly populated and very advanced which means thorough collection of records and a great contribution to the marriage index from these specified regions.
Historians would be most likely to reference the typescript/index itself due to the fact that it is the most complete and thorough to reference from and is also can be navigated as one whole collection rather than many individual parts. However, the more generic user who perhaps may just be intrigued on their ancestry would most likely access the transcribed index which can be located on the internet on many different websites which will be included on this page. Generic users will find it easier to navigate indexes on websites due to the speed and efficiency of them this is because the indexed records is generally split up into many different sections allowing for fast retrieval of records. However, to some generic users this may be an issue and they may not be able to navigate or find their records due to them existing in a different collection.

Boyd’s Marriage Index was composed by Percival Boyd and his staff during the time period of 1925-1955 which is when Boyd died. The index includes Printed, Transcribed, Parish Registers, Bishops Transcripts, Marriage Licenses, Banns and many other sources. There is also a number of further supplements and tools to the Boyds Index which have been made available since technology has evolved. This includes websites such as FindMyPast.co.uk this particular website contains more than 4,300 parishes and has an index total of 5,648,473+ names for their own index. They have the marriage index listed under UK records in the Life events category.
The Boyds marriage index features the first & last name of the bride and groom, The year in which the marriage was held, The county in which the marriage took place as well as the parish of the marriage, And the source of where this particular record is held/contained in. This means that the Boyds Marriage Index is simply an index of records that all points towards the source rather than being the original source of each record however this makes it easier to navigate as it points people to the exact direction of the original source rather than republishing sourced information where there could be a risk of information being lost from records. This also allows for the index to be easily published/stored online since it will direct people to a source rather than having to host the source on the website as well as the index.
Another place to access Boyd’s Marriage Index is Genes reunited who since 2011 have made it publicly available – they contain the same amount of names as FindMyPast and is a good alternative that can become useful if FindMyPast is unavailable to you or if the website is down. They also have a different search feature which may allow for easier access/navigation of Boyd’s Marriage Index.